“Trolls: The Beat Goes On!” is now streaming on Netflix!!! More episodes will roll out in the future, including many written by yours truly. I’ll keep ya all posted, but till then, check out the first 6 eps and prepare to laugh and sing your heart out!

For more about the show including trailers, clips, cast & crew list, check out http://www.dreamworks.com/trolls/tv

Now that it’s been announced, I’m thrilled to finally share that I’ve been writing on the new “Trolls” TV series premiering on Netflix on January 19th, 2018. I am super proud of all the amazing work the cast and crew has put in and I can’t wait for you all to see it!

Watch the trailer below and see the full announcement here:

No need to get me a Valentine’s Day present, instead, just watch Nickelodeon’s Not So Valentine’s Special airing this SUNDAY, February 12th, at 7pm!!!

The other writers and I had a blast making this and I couldn’t be more thrilled with how it turned out. To any “Austin & Ally” fans, get ready to see the amazing talents of Calum Worthy on screen once again. Check out this behind the scenes look!

I’ll be taking part in an industry panel/mixer hosted by CAPE on November 21st.  If you’d like to hear some advice on how to break into the writers room,  navigate your career, and master a lunch order (obviously, the most important part of any writer’s day), please go to 2016CAPETVPANEL.EVENTBRITE.COM for more details.  See you there!

Attended a great panel about Asian-American in Media on Wednesday.  It was hosted by the Center for Asian American Media (CAAM) and NBC Universal.  Here’s a link to a great article about it on Deadline and what was talked about:

Asian-Americans In Media: Persistence, Presence & Representation Are Keys To Progress

Aside from coming off as a crazy fanboy while chatting with Sandra Oh, I was really inspired by what all the panelists had to say about the importance of having more Asians both on screen and behind the camera.  The real world is very diverse, and the stories we tell on TV and film should reflect that.  Once we have more diverse execs and showrunners making key decisions, there will undoubtedly be a “ripple, ripple, ripple,” as Sandra put it.  And I was happy to hear that according to recent data, films with diverse casts make more money as a whole.  So the excuse that non-white leads don’t sell tickets (or get TV ratings) is officially bull shit!  Spread the word.

Check out this great NBC News article about the Coalition of Asian Pacifics in Entertainment (CAPE) and all the amazing work they do. I provided a few quotes. If you wanna get dressed up and support a great organization, come to the CAPE gala this Saturday night! 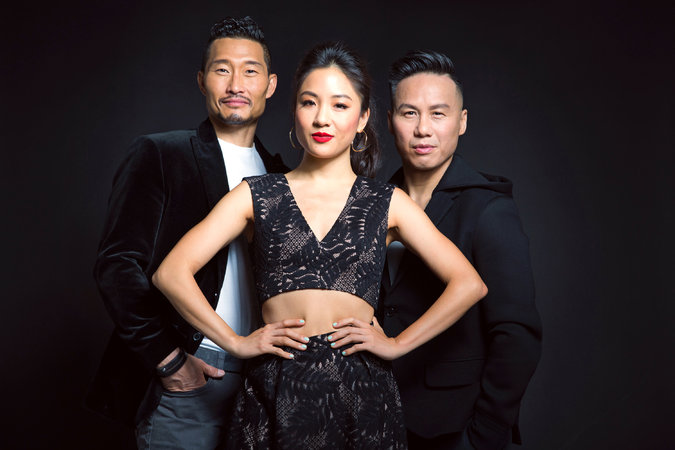 I encourage everyone to read this NY Times article:

“Asian-American Actors Are Fighting for Visibility. They Will Not Be Ignored.”

Props to Amanda Hess at the New York Times for writing about the lack of Asian actors in leading and non-stereotypical roles in TV/film.  It’s good to hear that progress is slowly starting to happen.

Perhaps I should take a note from the #StarringJohnCho movement and start photoshopping my face onto pictures of Chuck Lorre.  Hmmm…

If you’d like to know more about me and the work I’ve done, please take a look at the “About Me” section.

Feel free to browse around and leave comments.  If you’re interested in reading one of my writing samples, I encourage you to go to the “Contact” section and reach out to me or my lit managers.  Enjoy!